After the phone troubles Friday I decided to get my pics off the phone / tablet in case they’d gotten a virus or something (they’re sync’d).  So todays post is some random pics I’d saved but hadn’t published yet.

My new thang – blending up my spinach and freezing it in individual portions so it’s ready to go and fresh tasting every time.  All I have to do is thaw and add flavors or fruit.  Love how clean and fresh it tastes this way. 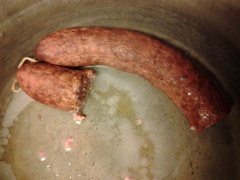 Homemade Pintos and sausage made fresh at a little local market.

Pintos / Potato Salad and chopped BBQ Brisket.  Schar Ladyfingers.  I’m usually a huge lover of Schar products but these were just awful.  They tasted like what I thought all gluten free stuff would taste like when I got my diagnosis – like bland cardboard. 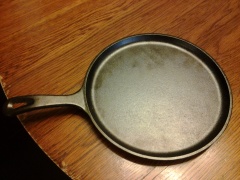 Inspired by GF and Me my first attempt at gluten free flour tortillas.  It wasn’t a raving success but I will definitely keep trying.  (I followed their recipe but used my own flour because I don’t have individual flours like they do.  So my lack of success with it had nothing to do with their recipe.) 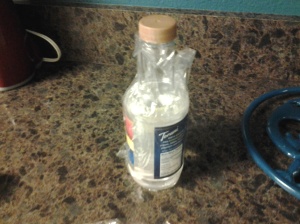 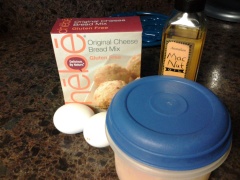 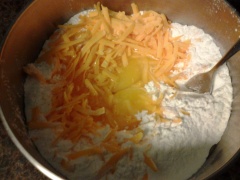 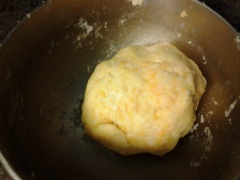 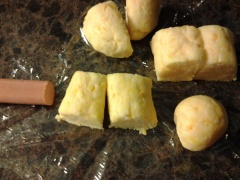 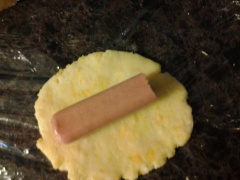 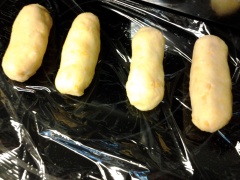 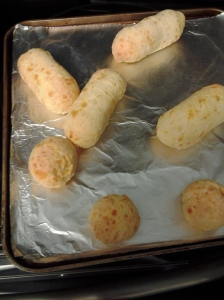 When we were kids – oh who am I kidding…as recently as a few weeks before I was diagnosed Celiac three months ago 😉  – Mama Lupiac would make us these dough dogs.  Not corn dogs because there was no corn just hot dogs and canned biscuit dough.  Fried and dipped in her mustard dip.  Since it’s well established here that I still eat like that 3 year old I’d been missing them.

I had this box of Chebe dough and decided to try to recreate those beloved dough dogs.  I followed the directions on the box for the dough.  Divided it into to 8 pieces. Flattened into circles and wrapped up the hot dogs.  I tried one fried but it didn’t work so I just baked the rest.  They turned out pretty good.  Nowhere close to Mama Lupiac’s but they were good on their own.  I gave a couple to Papa Lupiac and he loved them.  Asked me to make them again sometime.  🙂

Hope y’all had a good weekend and are having a productive Monday.  🙂

This site uses Akismet to reduce spam. Learn how your comment data is processed.